North Peru treasures tour package: The northern territory of the country, is rich and full of interesting places such as Trujillo, Chiclayo (known as the Moche circuit), places where year around is summer.

Learn about diverse pre-inca cultures of the Northern coast, explore with us amazing archaeological sites such as: Tucume pyramids, Sipan archaeological site, Lord of Sipan Museum, Chan Chan (the biggest adobe city in the world), Moche temples of the Sun & Moon, huanchaco beach and ride the famous caballitos de totora, followed by a rich culinary, based mostly in seals. You will get a good history to tell.

Day 01. Chiclayo – Museum and Tombs of lord of Sipan: At your arrival, our transfer personnel will meet you at the airport of Chiclayo, and drive you to the hotel to leave your luggage, then start the excursion to Huaca Rajada Archaeological Complex “bricks pyramid”, the place where the Tomb of the Lord of Sipan were found.

Then we drive to the museum where you’ll be amazed by the treasured found, after this visit we’ll drive you in a restaurant where you lunch. Then we visit the The Bruning Archaeological National Museum, which houses the “Room of the Gold”, showing more than 500 pieces of Goldsmith. We can also learn here about the more than 50 years of Hand Heinrich Brüning research, founder of the Museum, from here we drive back to the city and drive you to your hotel.

Day 2. Chiclayo – Trujillo – Moon and Sun Pyramids: In the morning our transfer will meet you at you hotel and drive you to another exciting day, we’ll travel by private car to Trujillo. This city keeps the colonial atmosphere and it was founded in 1534 on the orders of Francisco Pizarro.

We’ll arrive for lunch at the casa hacienda with delicious lunch see the Peruvian Paso horse show. In the afternoon, we’ll head south of town to visit the Temples of the Sun and Moon, built by the Moche Culture in around 500 AD. These 130-foot-tall pyramids are thought to be the largest adobe brick structures in the Americas. We return to Trujillo to spend the night.

Day 3. Trujillo – Chan Chan – Lima: this is going to be another fantastic day, we’ll start with a short city tour of Trujillo, then visiting some interesting places such as: the Casa Del Mayorazgo, Casa Orbegozo, Casa de la Emancipación, and La Merced Church.

You’ll stroll along the grand central plaza and the streets lined with colonial mansions. We’ll then visit the complex of Chan Chan, built by the Chimu culture in pre-Inca times. This enormous complex is the largest adobe bricks city in pre-Columbian America, it’s divided into nine separate citadels.

Then we drive to the charming fishing town nearby named Huanchaco, at arrival we´ll have lunch, then you will have a free time to enjoy the sea, you can have a ride in the famous reed kayak named “caballito de totora”, fish, then we’ll return to the airport for a late afternoon flight to Lima, end of our north peru treasures tour ends. 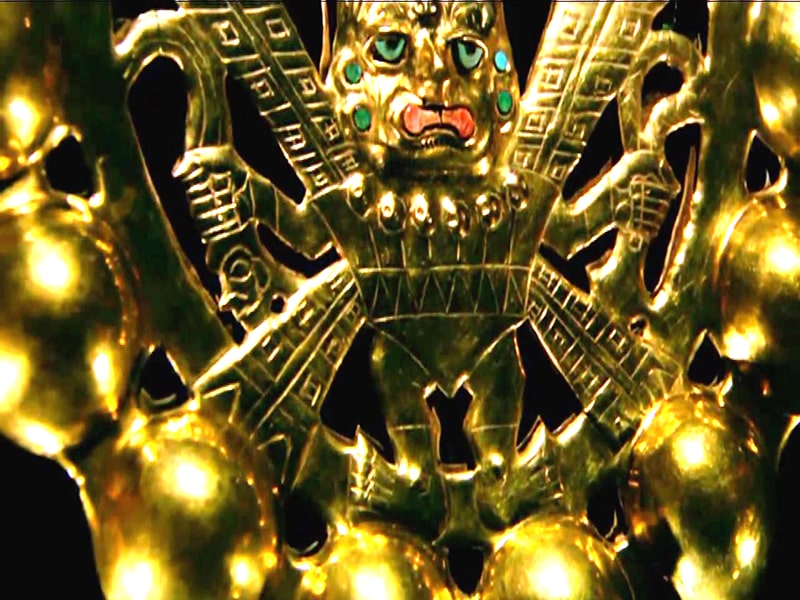 Northern coast Peru tours: A country of amazon jungle and the majestic mountains, but also is the coast that has .

Classic Peru tours: visit the classic places, a program that has been made thinking of you and your best enjoyment .

South Peru Tours: This program, has been made thinking of you and your best enjoyment while your visit to our .

Complete Cusco Tours Package: The City of Cusco, is located at 3390 masl; is the “Archaeological Capital of the Americas”, .

Cajamarca Tours: Cajamarca is the historical city, where spanish started the invasión to the inca culture, the place is located .

Classic cusco tour package: Cusco is a city where you will feel at home, it is quiet, safe and from .

Basic Cusco tours package, brings you to discover the Cusco City and beyond. The city is located at 3390 m, .

Adventure treks, are a selections of the best trekking tours in the Region, itineraries to fantastic natural and archaeological site.

Amazon Jungle adventure, with more than 60% of land, that keeps wide a amount of ecoregions, flora and wildlife; Peruvian amazon is .

Culinary tours: Here you are at the right place, and paradise of food, we have more than 1000 different dishes, every region, town, .

Cusco day hikes, here we have listed 7 best day walking activities, that we suggest to do, it takes you to see the best of the regio.

Day trips from Cusco; selection of the 9 best, day programs departing from the city, like the Sacred valley, that will bring you to .

Machu Picchu treks: Category where we have the most important adventure programs, reaching the Inca city, using old trails, made dur.

Peru New trips that we have created for you, new travel itineraries, and programs such as: shamanic retreats, Sacred valley hike, to.

Special Interest Info, before and during travel; find relevant information, and other things that we consider very important; regard.

Trip activities in the entire territory, find here a list of the most impressive itineraries, that we provide in the Sacred valley, .

Trip Packages, if you are in search of advice for places to visit, find here new multi day itineraries, and classic travel circuits,.

Peru villages homestay, is our futured listing that is perfect for people who are looking for something real different; spend part o.