When you book with an account, you will be able to track your payment status, track the confirmation and you can also rate the tour after you finished the tour.
Sign Up

Or Continue As Guest

When you book with an account, you will be able to track your payment status, track the confirmation and you can also rate the tour after you finished the tour.
Sign Up
342

Do not hesitage to give us a call. We are an expert team and we are happy to talk to you.

Why Book With Us?

Espiritu Pampa Trek from Vilcabamba, from mountains to high jungle

Vilcabamba Espiritu Pampa trek, is wealth of flora, fauna, snow peaks, impressive valleys, archaeological sites in the middle of vegetation, in the most remote area in Cusco region, now is available to reach to Espiritu pampa, in an adventure tour, that will be leaded by our terrific local guides, who will take you to explore the Vilcabamba “the land of the incas”.

A trekking tour that brings you to see the charming villages, incredible Inca sites such as the white rock, vitcos and it’s fantastic ceremonial plaza, where the old Inca trails are still in use, the Qhapaq Ñan – or royal roads of the Incas are all over Peruvian territories.

What to see in the Vilcabamba Espiritu Pampa Trek

The trek to Espiritu pampa, is just magnificent; we will reach the yet “unknown territory”, crossing great mountains, an amazing expedition by the non-beaten path, that joints Vilcabamba la vieja and Espiritu pampa, land where we will see a tremendous ecosystems, scenic views, and the lush high jungle forest.

Visit the land, where the Inca civilization resisted to the Spaniards, for about 30 years, the land where the 99.9 percent of the battles were won by the Inca.

Ask this tour as Vilcabamba Espiritu pampa trek, we have expert guides organizing all traditional, cultural and adventure journeys in Cusco Region, trips such as: rainbow mountain tour, humantay lake, and others.

3 hours before pick up

This fantastic hiking, starts with an early departure from cusco (05:00 am), then we will depart towards Huancacalle, along the road we will pass by some sites as: Ollantaytambo town in the sacred valley, Malaga pass at 4,600m, by switchbacks road, the summit offers a fantastic view of wakay willca glacier mountain, also the valley of la convection, then we descent to 1000 meters, in a humid tropical setting with coca plants and and fruit groves.

At noon we will arrive to Huancacalle 3400m, were we’ll meet up our muleteers and begin our trek after lunch. A gentle hike crossing a river will take us through vines and bushes to see the inca site of Vitcos, then we also can visit the white rock named by locals as “Nusta Hispana”. After an amazing tour we’ll be back to the campsite (3400m) that is owned by the community. Moderate trek. 4 km distance, 4 hours of walk).

We start our hike through the valley banking a river towards the village of Vilcabamba la vieja, then we arrive in to a less populated village named Yupanqa, where we may lunch. After lunch the trail continues banking the Upamayo river, then after couple more hours we arrive to the Qollpaqasa pass at 3700 m, the summit offers a great view of snow mounts such as Pumasillu “puma thorns”.

From the summit, you can have the view of the whole valley of Concevidayoq, then the trail turns in to downhill.

Finally we arrive in to a remote beautiful place named Utullo Qocha at 3400 m which is the our camp (lowest point), in the middle of nature. Hike difficulty: Medium Challenge, 14 km, 7 hours of walk.

The sunrise if clear is amazing, the valley and its clouds are just hard to describe, after breakfast we descend in to the cloud forest, and we pass the Maukachaka (old bridge). We continued a pure nature almost unpopulated lands, we stop for lunch by concevidayoc river (this is the area from where an inca trail is leading to the pampaconas river.

From here, by hidden trail the old path, leads to the capital of the Incas refuge Vilcabamba), but our trail is to one of biggest town in Vilcabamba area “Espiritu pampa”.

After lunch we keep descending toward Ututo which is kind of wide area closer to a river, where if energy and time allows we can catch some native fish. Delicious dinner is served and finally we camp at about 1550m.
Difficulty: Medium difficulty, 15 km, 7 hours walk. Maximum elevation: 3600m).

The journey is quite interesting because from time to time we can pass by some kind of inca wall, and trails that not viewable if we not pay attention, the trail goes gentle uphill and downhills, the path continues in to more dense vegetation “cloud forest”, and little by little to the high jungle, the trail offers a wide amount of plant, the weather is warmer. We lunch then continue a gentle downhill by Challcha River (it is the same concevidayoc river that has the name of challcha at the higher point).

If the luck is with us, we are going to see the Peru’s national bird “rupicola peruviana” gallito de las rocas, the trail leads towards Vista alegre “the happy view), where we will camp in the middle of nature at around 1420m.
Trek overview: Gentle hike, 12 km distance, 7 hours of walk.

A fresh warm weather welcome us to continue an unforgettable trip, nutritious breakfast and after that we re-start, we have got reached to the Vilcabamba Valley, the trail leads gentle uphill to Q’asa Cruz “cross of the pass”, an interesting day for nature lovers, an area full of trees, flowers, vines and chusqueas.

If luck allows we will appreciate the national birth of Peru Rupicola peruviana known as tunki at Tunkimayu “coks of the rocks river”, the trail follows surrounded by dense vegetation and finally we arrive to the camp at Concebidayoc 1450m. (Trek Difficulty: Gentle. Total distance: 16 km. Estimated walking time: 7 hours.)

“This is the expected day”, early wake up is the best beginning, we walk towards the east, the area is lush and little by little we get closer to espiritu pampa, this area is considered a natural vantage point, you will appreciate the portion of the plateau which is formed by the triangle between Concevidayoc and Chintamayu River (Concevidayoc river, not Pampaconas, this is a misinterpretation of the chronic). Non we’re arrived to the archaeological group of Espiritu Pampa “1510m”.

The archaeological complex of espiritu pampa has been recently excavated, the archaeologist of ministry of culture from cusco has discovered many important objects, where the main treasure is the discovery is a burial that belongs to the lord of Wari with gold objects “Wari is an important culture before the incas) then of course the area has being coquetted by the incas who even kept using the area during Spanish invasion as place to resist Spanish) you will have a guide tour by the most important sectors of the area, then we’ll lunch.

After eating, we leave espiritu pampa, and walk towards Chihuankiri, by downhill trail, at arrival set up the camp dinner and spend the night in a small village named chihuankiri over 950m.

Breakfast and time to say god bay the hiking. We breakfast and take our private vehicle that will ride us through the jungle to the city of Quillabamba where we lunch in a local restaurant. After lunch we have 06 hours of bus ride by an asphalted road, we arrive to Cusco and take you back to your hotel. Our fantastic expedition Vilcabamba to Espiritu pampa has successfully ended, for a long time it will be your history to tell.

I'm a solo traveller, is there a single supplement?

A wonderful serenity has taken possession of my entire soul, like these sweet mornings of spring which I enjoy with my whole heart. I am alone, and feel the charm of existence in this spot, which was created for the bliss of souls like mine. I am so happy, my dear friend, so absorbed in the exquisite.

Which currency is most widely accepted on this tour?

Should I book pre/post tour accommodation?

Far far away, behind the word mountains, far from the countries Vokalia and Consonantia, there live the blind texts. Separated they live in Bookmarksgrove right at the coast of the Semantics, a large language ocean. A small river named Duden flows by their place and supplies it with the necessary regelialia.

It is a paradisematic country, in which roasted parts of sentences fly into your mouth. Even the all-powerful Pointing has no control about the blind texts it is an almost unorthographic life One day however.

A wonderful serenity has taken possession of my entire soul, like these sweet mornings of spring which I enjoy with my whole heart. I am alone, and feel the charm of existence in this spot, which was created for the bliss of souls like mine. I am so happy, my dear friend, so absorbed in the exquisite. 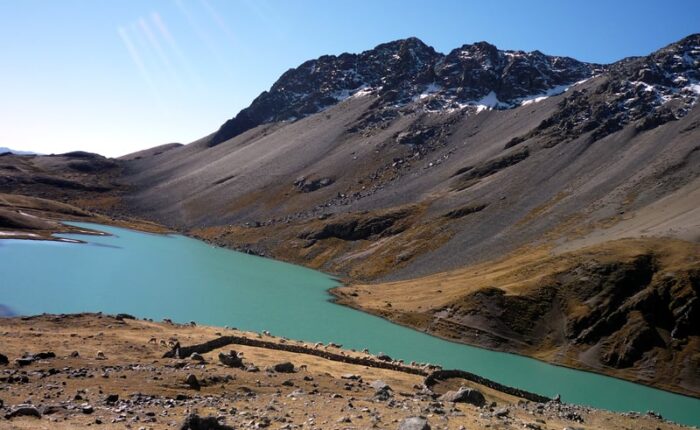 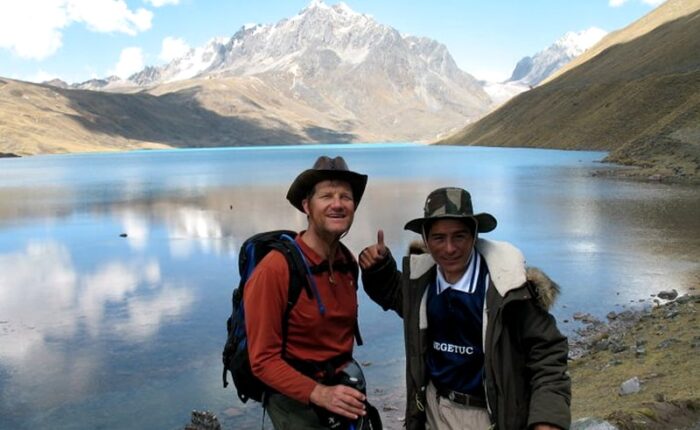